Nolita View are a four piece indie rock band from London, UK, formed in 2013. In just 18 months the band self-released three EP’s and they continue to work maturing their sound and ideas. Nolita View’s music is very harmonic, with a well-defined sound which clue resides on the voices, their clean chords, and over all, their ability to compose amazing songs. You can play any of the tracks from their album and you will like all of them. They are a promising band, with a future that it is just starting and it is going to give us many great surprises. Just wait and see! 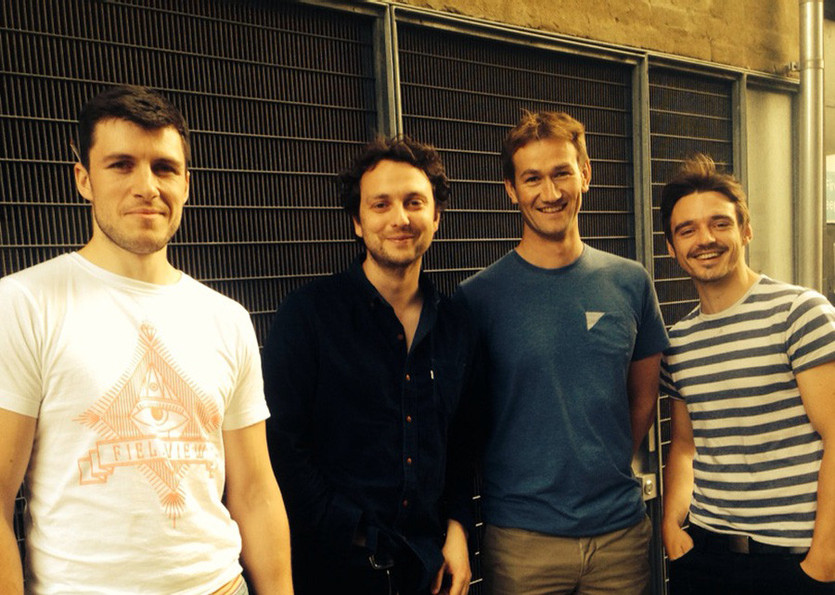 Nolita View was founded in London 2013 by

Older influences are bands like Talking Heads or The Replacements. In terms of more current music, Nolita View enjoy the music by Ought, Parquet Courts and Phoenix.

Mike Clarke, Will Jacks and Alex Smyth have been recording together since 2013. Tom Northeast joined in January of 2014, having their first gig in May this year. The band have received the support from Amazing Radio and XFM and other remarkable blogs in the last months.

In the media, the good reviews are all over. “Clean and clear guitars are really working for South London band Nolita View,” says Stereogum. “I hope you liked that as much as I did. It has the effortless attitude of somebody who is not trying so desperately to sound like everyone else,” writes Tom Robinson, BBC 6 Music.

The band began with 3 of us demo’ing new ideas which became the first EP. Tom joined around 6 months ago and we have started playing live since the beginning of last month.

Our sound is guitar based and we try and keep the playing sharp and varied. There are definitely some post punk influences.

Our last EP was half songs written with Tom half without so we have some new songs now that we are really excited about recording as they feel more cohesive because they have come about from all 4 of us collaborating in a rehearsal space. All the recordings we make ourselves on an old mixing desk we bought on eBay. Mike (Bass) handles the production and I also think that is improving with each recording as we become more familiar with the process.

We are really enjoying playing live especially as we are all really good friends outside of music and I think you get an insight into this when you see us play. Also we have reworked and improved a lot of the early songs so they sound quite different to the recordings.

I don’t think it is something we can decide where we fit in to the music industry if at all. We will keep making music that excites and makes us happy to play it and hopefully other people will enjoy it too. It can be dangerous thinking of music as an industry as you can end up compromising how you want to sound. It’s a great time for new bands though in terms of being able to record without spending a huge amount of money and also to have the internet which allows people to access it immediately.

This text has been updated (February 2020). The answers to the questions corresponds to the interview that we had with the band in 2014.