I Don’t Speak French is a Swedish five-piece indie rock band from Växjö formed in 2010. Their sound is reliable at any genre. The band can move from indie rock, to indie pop, or folk with the same ability that swims comfortable at funky or soul styles. With plenty of talent to compose songs, band members are very versatile, playing different roles at another side project, realigning the band to play and create a different music. 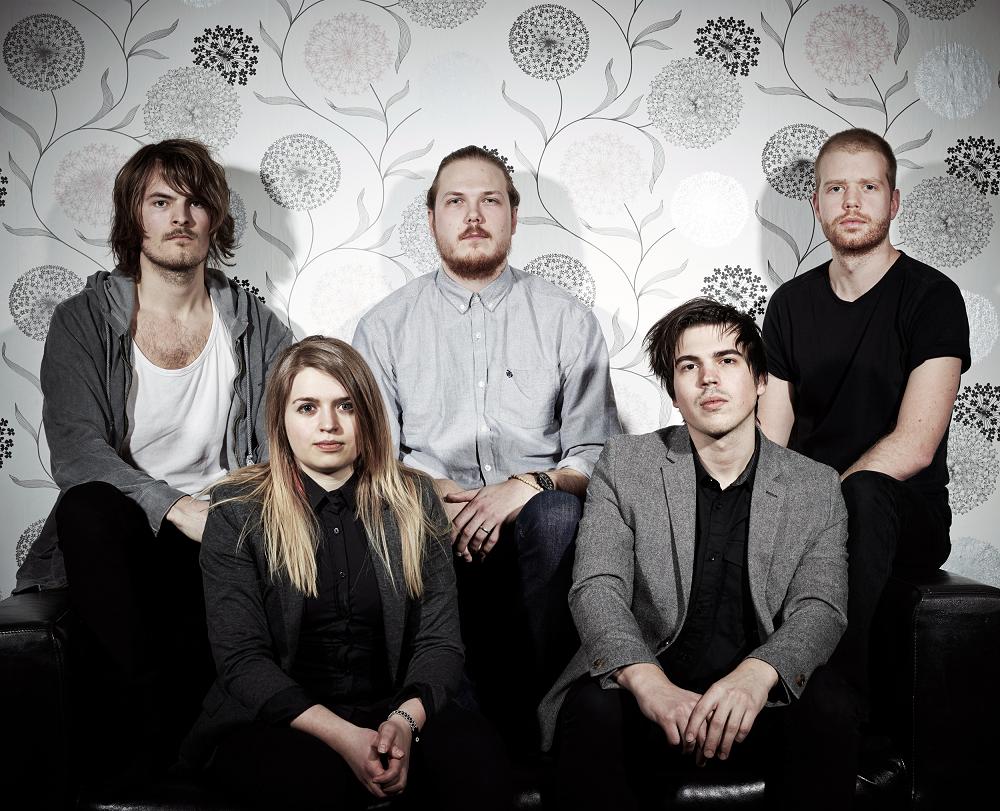 I Don’t Speak French started as the artistic outlet of a young producer from the south of Sweden, but with addition of friends and musicians it quickly grew into a creative community.

In the one year the band has officially existed, three singles have been released. The first one thru the small Stockholm based record label 100 songs, and the two remaining by the band themselves thru Spinnup. The band record and produce everything themselves in true “DIY” fashion, a whole album is planned and the rest of the songs are just waiting to to be released.

I Don’t Speak French names influences by Foster The People, Beck, My Morning Jacket, Peter, Bjorn and John, and Awolnation. In Octiber 2016, the band released their debut self-title album.

The band began with me (Håkan), I was studying music production at Linnéuniversitetet and I wanted to do music without any predetermined restrains or restrictions. A couple of songs later I met drummer Peter Turesson and Singer/producer Louise Lindenger, and we really hit it off. We rented a rehearsal space that we converted into a studio and then spent most of the summer recording and writing. After a while we felt we wanted to get out and play some shows, and thats when I called up some friends and former band members and asked if they wanted to be part of the band. Peter later moved away to study in the far north of Sweden but we found an equally talented friend and musician in Nathanaël Bartolo.

It’s hard to define, but I guess you could call it “indiepop” or “indierock”. We pretty much do what we feel like in terms of sound. We all come from different musical backgrounds and it helps in creating a “unique” sound.

Our last single “It’s OK”, is a surf-indierock song where we wanted to incorporated our love for 60’s surf music. But also tell a story of the hardship of seeing someone you care for fall down a dark pit with seemingly no end.

Me personally, and I think the others would agree, think it’s kind of boring when you go to see a band and it’s just a exact replica of what you hear on the recordings. Live we are a bit more rough and “rock n roll”, we often add guitar solos and longer endings to the songs. Sometimes we play them completely different from the recording, just because.

The music industry is a bit old fashion sometimes, it often neglects to see beyond profit and hype. It is also a bit to male dominated, it could use a makeover. But I think and hope there is a place for us somewhere in it, otherwise I’m just happy as long as I can continue doing what I love and hopefully making other people happy in the process.

This text has been updated (March 2020). The answers to the questions corresponds to the interview that we had with the band in 2014.

– All submmited material copyright by I Don’t Speak French –

Single Premiere: I Don’t Speak French – Can You See

Swedish masters of falsetto, I Don’t Speak French, resurrect The Beatles with their new single, “Can You See”, released on their own label Swedish Red Elephant, distributed by Spinnup.

The new single by Swedish indie rock band, I Don’t Speak French. The band formed in 2010 and has released several singles.

Second single by Swedish band I Don’t Speak French, from their upcoming album. The band was formed in 2010. Let It Go is included in our Mixtape 3.

I Don’t Speak French – We Are The People