Christine Owman is a Swedish songwriter, singer and multiinstrumentalist that has also founded her own record label, Revolving Records.

With a dark shade and highbrow atmosphere, Christine’s music runs elegantly over the depths of emotions, with both experimental and classical melodies. A music to get away from the aseptic indifference of our days. 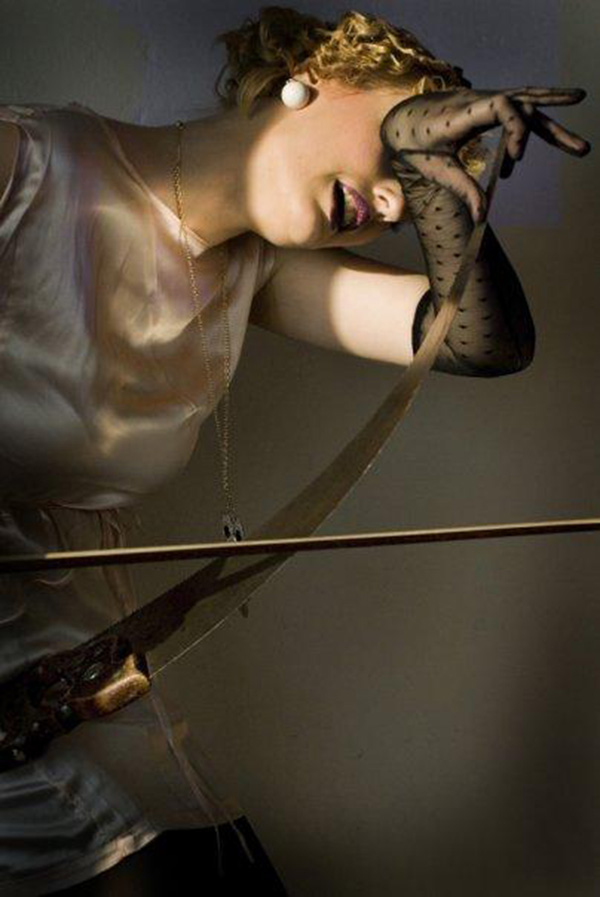 Christine solo project started in 2002. She is the only person behind:

Owman was born in Sweden. Her mother is Danish. As a child, she grew up in United States. She started playing the cello as a five-year-old and has expanded her instrument skills to the guitar, the piano, the bass, the ukulele, the banjo, the saw and the violin.

In 2002 Owman released her first solo EP Morning Thoughts followed by her debut album Open Doors. This lead to supporting legendary Robert Plant on his visit to Stockholm.

1. How were your first steps as a musician?

I began singing before I could even talk. I’m pretty sure I wrote my first song before I knew how to spell. My band has existed as long as myself.

Lo-fi sounds recorded without hiding noise. Music with a steady beat with lots of effect pedals for both instruments and vocals. Dreamy but rough.

I’m releasing a new album in December/January (depending on where in the world you live) and it’s an album I’ve been working on for 6 years. I’ve recorded it myself in my home with neighbors and roommates close by. It was supposed to be a demo which I was going to record again in a “real” studio. But the demo takes were so honest and all other recordings sounded like covers or versions of the original demo. So I kept most of the demo takes which are part of the album Throwing Knives.

People have said that my shows are more like performance art. I use movie projections synced with the music, showing men shot through canons, mothers throwing knives at their daughters and other bizarre things which are a contrast or other perspectives of my music. I play the saw, the ukulele, the cello and use a loopstation and lots of effect pedals. Every show has something different either it’s a new little instrument, new movie projections or a different antique dress from the 20s and 30s. I try to create an atmosphere that is different from the album but at least as good!

The music industry is what you call “music culture” when you suck the individualism and integrity out and let business men try to make money out of it. They create products which they think will sell instead of finding talent that will evolve by itself and have a much longer existence. Music fans don’t necessarily know what they want, so they need role models that have an identity. If you create something hollow, eventually people will lose interest because of its lack of integrity. Real artists have fans who follow them throughout their whole lifetime and they have new fans discovering them all the time. They are leaders. Business made artists who create their identity based on what they think people want are much more insecure and vulnerable. They are followers.